She compared herself to an unfettered bird and tribute her success to the Buddhist faith and parents.

"I had to fly several thousands of miles just to get married but it felt me like a bird who finally broke all her barriers and set herself free."

She made a clear distinction between what she thinks about her marriage (the freedom) from what most people think about a marriage (barrier).

She is well known for her fighting spirit and justice. She tributes her success to her Buddhist faith and parents.

When I faced with challenges, two forces never let me down. The peace and wisdom I obtained through Buddhism and my parents. Wherever I go, in this life or beyond, I will always carry my Buddhist faith.

I am not another person who boast chants like “Proud to be Buddhist”. Rather I say, I am glad I found Buddhism to make myself little bit free in this samsara that constantly makes it far more difficult.

She is a founding member of LankanChat and In-charge of Girls and Women Section and GLBTQI+ Section.

We are glad that we live in a world where who you love doesn’t matter to include in to the oldest sacred union of the humankind, at least in some parts of the world.

We, the community here at LankanChat wishing Amnesia and her new wife a lifetime of love and happiness. The LankanChat Team is so glad and proud to have gotten to know you at work and work with you / under you.

Special sticker set is available to celebrate this event

Wish our Amnesia on her Wedding day

Send your wishes to Amnesia and make her day even more memorable.
Click here to write
Passed 1,150+ Submissions
1 comment

Sri Lanka needs more Young and Female Candidates. Everyone is talking about it.
Aaaand, we found our choice! We are fed up with mainstream career politicians, so here comes our “candidate”. 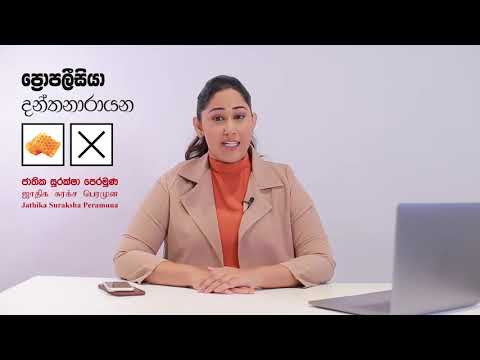 You go girl!
Our contributors took a decision for a continuous coverage of our candidate till she makes the history. So obatuma, obatumi, it’s to be continue…

LankanChat stands vigorously for rights of girls and women. But to achieve equality we can’t let our boys and men behind. We believe they too have struggles and we should be sympathetic to their issues.

Our own Yahli, who is in-charge of Boys and Men section had this thing to say:

"Males are the forgotten gender, often overlooked but are facing the harshest criticisms and treatments. I don’t think even our fathers get the respect to the level they deserve by our contemporary societies. Girls and women by default get a lot of affection and attention required to solve their issues. But we habitually let our boys and men to fight their life alone. Most of the time when people talk about gender equality, they almost always imply women’s rights. One of the most disturbing experience people who are really concerned about boys and men experienced is the amount of mockery and ridicule they faced across the isle (by both men and women) when they start to talk about men’s rights and issues faced by men. Even the courts allow the discrimination of men to varying degrees. You see, a lot has to be changed in the pursuit of a true gender equality with the inclusion of men. We should start this by changing the societal attitudes. Let’s make a start. As a community that treat everyone with dignity and included that to our Core Values, I think we can start that dialogue right here in this month dedicated to boys and men."

Some people have criticized us for being too girl centric. This is not a respond to those criticisms but we would like to remind everyone, we are a community that respects ever person regardless of who they are. And we really don’t know how the people who are not in our immediate demographic feel and what they are going through until we have a closer look at them or they voluntarily bring their stories to the table.

Not every man is evil. We shouldn’t judge a social group solely by bad apples belonging to that group. Hitler was a man so does Gandhi. We can’t completely put our blame on men for their mistakes, the social construct of man and harsh gender roles imposed on men made them evil. We should let men to experience their soft side and express emotions, something we girls taken for granted.

3 years ago on this day - 2016 Presidential Election: Historic Night

This segment talks about:  Trump   Equality   Gender  specially since this is an election cycle plus month of Boys and Men.

A Historic Night and a Life Lesson for All

If you want an inspiration to climb a mountain against all the odds then you should watch the way the leader of the free world was chosen.

Everyone was laughing at then-candidate Trump who then went on to answer his critics by doing what they doubted as impossible. This happened in an election cycle where almost all opinion polls predicted a landslide or at least a decisive victory for his opponent.

We made this 08-minute video of November 08th historic unfolding which includes everything I said above. Also bring backs the memories of the race including State calls and the moment Trump clinched the magic number 270.

Most people called it historic because it could have been the first time a female becomes the leader of the free world. As a woman, I fervently support that idea. But I want the right woman. Like my colleague Amnesia said, I don’t vote from Vagina, I vote from my head. I support people for their policies not for their demographics like gender, religion, race etc. because I see that as discrimination. I don’t let social pressure, media brainwashing, extremism to fool me or influence my decisions. This is why I’m a proud Independent voter. I voted in 2 pivotal elections and I’m proud about my choices.

Reasons for above choices