Our own Amnesia pushed for a new section as she elaborated how Buddhism changed her life, and LankanChat Team proud to honor her idea with the unanimous approval of full Working Staff Bench.

Any non-discriminatory religious based faith activities are allowed.

LankanChat Team will add features and content in coming days for this newly created Spiritual Section.

This is the final episode on  #CoveringPropolisia

So here we are! We came to the most crucial moment of the Forward Sri Lanka Election 2019. After highly contested campaigns, both candidates have done the unthinkable, just have a look. 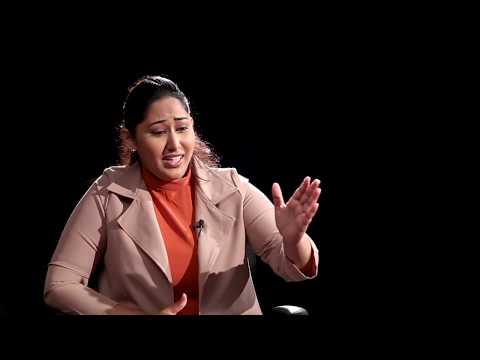 Well done Ms. Propilisia, you made us proud!

As an all-girl Team here at LankanChat plus as a community dominated by females, shall we set an example by spreading love and put an end to gender rifts existed since Phanerozoic eon?

We want your suggestions, what should we do to achieve that? Please fill the suggestion box at the very end of this page.

For a kick, we the Contributors here at LankanChat decided to create a new Sticker Set with the help of our Graphic Designing Department.

This concept of Awareness Sticker Sets now has become a part of LankanChat culture and after Sep 10 Revamp we brought that concept to Non-Verified domain as you saw through - breast cancer awareness, - democratic victories for liberal and freedom values, and - this week with Amnesia’s best day. This is also a part of an ongoing attempt to level the field between Verified and Non-Verified Members. After all, we are all about equality.

While the fun part stays like that, we always work with serious stuffs. This is why I now want you to fill the suggestion box bellow.

We invite feminists and LBT women too. Your involvement can carry deep meanings to our gender equality initiatives.

Like our own Amnesia said, “Let’s fight with boys for equal rights for women, not against them.”

A limited sample of that is included in the Sticker Section. The full Sticker Gallery will appear on the Men’s Day. We ask our girls to try some of them with your bestie dudes to get their feedbacks with an element of surprise. Don’t send them in Public Chat Feed.

Don’t share this page with men, if you share it, we will block you from our site before the possible tyrant government of banana republic does that to you. 😂

And if you are beanplating: This is a non-indexed article; everyone with the link can access and we turned off verification algorithms for this article meaning men, women, trans, non-binary and even aliens with a developed brain can read this. Also, the moment you send the sticker to the guy you adore, he will quickly jump to Sticker Gallery and discover the new set. So obviously, nothing serious here. Our moderators will share this link with anyone with a feminine nick and/or profile photo without any background checks. However, gender impersonation is not allowed here, accounts doing any kind of impersonation will be banned. Finally, please stop being beanplating. Probably we should create another sticker set 😃

All your suggestions will be read by our own Yahli who is in-charge of Boys and Men Section.

This election cycle could be one of the country’s Presidential elections where we can’t throw our fullest support at any front running candidate. It is evident when LankanChat community soundly defeated two major party candidates in our opinion poll. We want to commend both Mr. Rohan Pallewatta and Ms. Ajantha Perera for their highly-spirited campaign focusing more on issues than attacking the opponents. As an all-girl Team here at LankanChat, we are proud of Ms. Ajantha for being the only female candidate for presidency in 20 years.

We really believe both our community picked candidates are much better choices than the two front running major party candidates. But reluctantly we have to choose New Democratic Front candidate Sajith Premadasa at ballot box as a protest vote against People's Front candidate Gotabaya Rajapaksa. Before anything, citizens of a nation should at least have the basic human rights. Under the tenure of Gotabaya and ex-President Mahinda Rajapaksa who is the People’s Front nominee for the Prime Ministers, alternative views were silenced. Anyone who dared to speak against the president or the government faced with extreme violence including murder and torture. When freedom of speech, ability to express yourself do not exist, any underhand work can be done by anyone who possess the power.

Violence, thuggery, racism, sexism (against all genders), threatening journalists, homophobia, misuse of state funds, one family rule, radicalizing clergies and using Buddhism (which is the most nonviolent philosophy teaching loving kindness, how to have a peace of mind and get rid of worldly attachments and conflicts to attain the Nibbana) for petty political gains while doing most of non Buddhist activities like oppression and discrimination are things we can never accept.

We are not just labelling; the evidences were all over the place. The same group who oppressed people who are different than them and share different views than theirs now promise us with a complete U-turn. The way they behave shows they have not changed much, in fact the behavior of some of them and their supporters suggest that they could be more aggressive than they used to be. Don’t forget, revenged is always possible among aggressive groups specially given the fact that they are willing to clinch to the power even if that means a constitutional coup as happened in late 2018.

Hiding the oppression behind a war victory which is a collective effort of many parties does not make it right. This is not the time to discuss the forced labor of the army personals and the way the war time Army Commander Sarath Fonseka got treated. As cultivated people, you can always bring your rationale when it requires.

This is not an endorsement of Sajith Premadasa, in fact we have criticism of him too but compared to Gotabaya and his clique, we are better off with Premadasa than Rajapaksas. At least Premadasa will not use violence and oppression and in a case if he tried to misuse his power, people can count on rights activists and civil societies who are behind him. How many journalists were reported missing or allegedly got tortured since the demise of the Rajapaksa regime in 2015? If elected, we urge Premadasa to keep that streak as the bare minimum.

We are not affiliated with any political party and do not gain any personal benefits from any candidate running for the office. We are independent voters who care about policies and how rulers treat their citizens.

We do not like to submit to a dictatorship. All citizens deserve dignity and at least basic human rights which are at stake under a Rajapaksa regime.

Boycotting the election or going for third party candidates are not viable options as it only strengthens Gotabaya’s campaign. If Sri Lanka is already a functioning democracy with thriving human rights, there is no issue with those options. If in fact any of the credible third-party candidate can go on and win this election, we will put our fullest support behind him or her. But in this election, third party candidates are only splitting anti Gotabaya votes. So, we urge everyone to unify and vote for the strongest camp opposing the common threat. Once the nation reaches to an accepted level, then we can try out plethora of new options.

Go Vote! It is your Right!

As an all girl Team at LankanChat we decided to show our gratitude and respect towards Dr. Ajantha's run for the presidency of SL.